Arms races between prey and predators are a central theme in evolutionary biology, yet some of the most striking of prey defences have been consistently overlooked. Classic studies on prey defences focus on conspicuous colours, cryptic patterns, noxious chemicals and warning calls. Focus has rarely fallen on the dynamic in which, when under attack, prey attempt to frighten their predators by suddenly unleashing an unanticipated secondary defence e.g. a brightly coloured body part and/or exuding a noxious chemical. Known as deimatic displays (Gk. ‘to frighten’, (Maldonado 1970)), these are multicomponent, often multimodal defences. 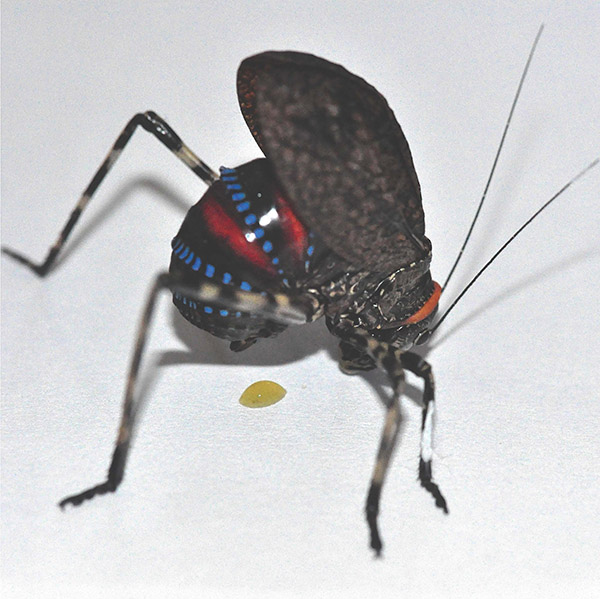 Empirical data on deimatic displays are scarce but the comparative lack of research attention they have received is not proportional to their abundance in nature. Observational evidence suggests that deimatic displays are common and found across phyla but progress is stagnated by the lack of a conceptual framework with which to direct hypothesis testing. Our project will develop a conceptual framework and a new empirical system for studying deimatic displays to push the boundaries of current understanding in predator prey interactions into an almost entirely unexplored, yet very interesting area. 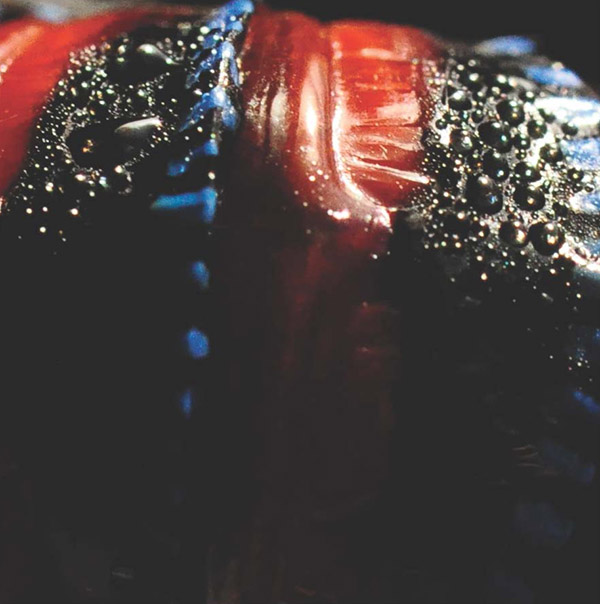 We will employ an interdisciplinary approach that includes chemical toxicology, biophysics, movement and colour analysis. Our target species is the mountain katydid Acripeza reticulata, an Australian alpine orthopteran that performs a remarkable deimatic display that involves revealing a brightly coloured abdomen, exuding toxin and making itself appear larger (see Figures 1 & 2).