The role of bee sociality and floral specialisation on behavioural responses to urbanisation.

A project undertaken at Deakin University, and supervised by Dr Scarlett Howard.

Insects are reported to be in global decline across many diverse regions. Bees are one of the most important and abundant pollinators across the globe, estimated to pollinate 87.5% of flowering plant species and contribute to the pollination of ~75% of crop species, however they are threatened by a range of factors. Bees and other insects are at risk from urbanisation, land-clearing, habitat loss/fragmentation, pesticide and insecticide use, climate change, disease, and invasive species.

Declines in managed honeybees and wild native bees have major impacts for agriculture, food production, economics, and pollination services. The UN reports that currently over half the world’s human population is urbanised. By 2050, 70% of the world’s population will reside in cities and towns. Australia is rapidly urbanising and suffering from vast urban sprawl. Urbanisation is associated with changes in insect distribution, abundance, species richness, morphology, evolution, and behaviour. 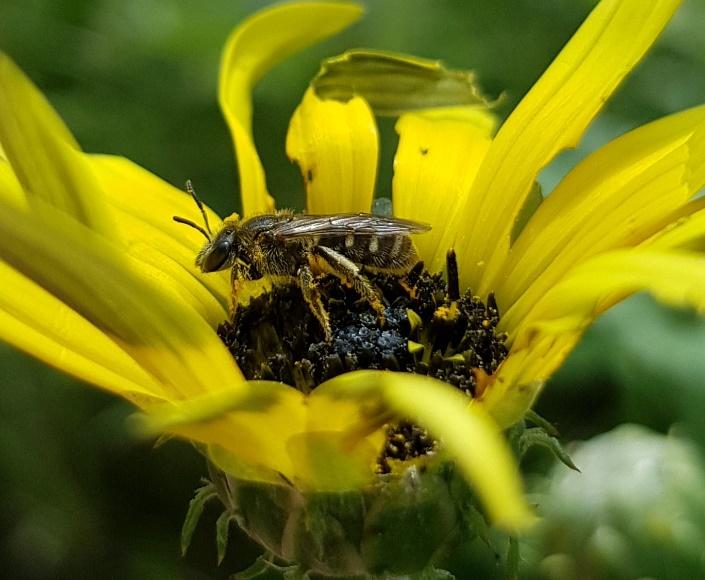 Figure 1: A native Lasioglossum lanarium bee sits on an invasive weed in a suburban greenbelt.

Urbanisation results in an increase in impervious surfaces, temperature increases, loss of habitat, pollution, more non-native flora and fauna, and an increase in pesticide and herbicide use. The putative consequences of urbanisation on bees include lower flower visitation rates, lower species richness deriving from the loss of rare species, and homogenisation of species pools. It is imperative to understand how urbanisation may be impacting our most important pollinators in Australia as urban areas expand or we risk losing the pollination services they provide, which would have significant impacts for food production, native plant reproduction, and ecosystem health.

Australia is a critically important place to study the behaviour of native bees as it hosts 10% of global bee species. Despite this rich biodiversity, we do not yet know how urbanisation impacts many important behaviours. Changes to behaviour such as learning ability, floral preferences, and personality could impact the pollination abilities of native Australian bees. My project seeks to determine the impact of urbanisation on important behaviours that allow bees to forage, reproduce, navigate, and pollinate successfully. 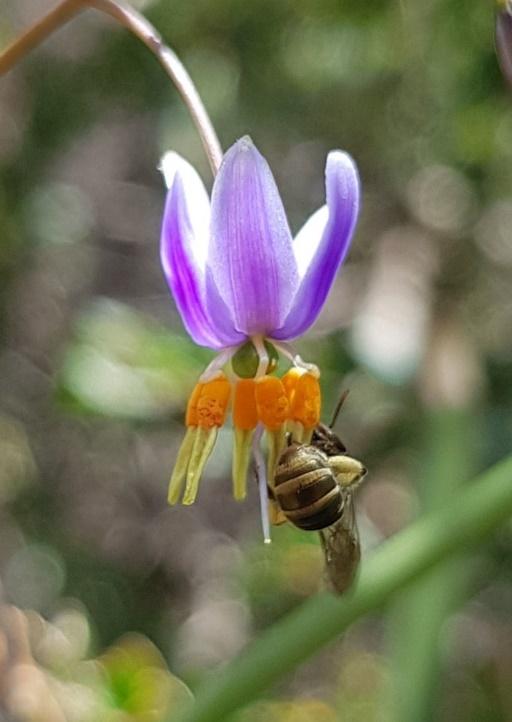 This project aims to address the following questions:

I will combine emerging and established behavioural testing methods to determine how bee behaviour along urban gradients is influenced by differences in species, sociality, and floral specialisation.

The results of the project will allow us to identify species which may be cognitively impaired (reduced learning) and thus vulnerable to landscape change and urban sprawl.

This project will also enable us to determine if different levels of urbanisation cause shifts in flower preferences or changes to personality traits. The findings can be used to inform strategies to mitigate the negative impacts on pollinators from urbanisation by increasing appropriate greenery in urban areas, planting more attractive native flora, and ensuring adequate nesting resources in urban and agricultural areas for potentially vulnerable species.