A project undertaken at the Department of Biological Sciences, Macquarie University, and supervised by Andrew Barron

Since 2006 honey bee colonies have been failing at unsustainable rates and the global honey bee population is in decline posing a serious threat to the sustainability of crop pollination. The problem is multicausal: disease challenges, habitat destruction, pesticides and climate change are all stressing bee colonies, and new solutions to manage bees to withstand these stresses are urgently needed. 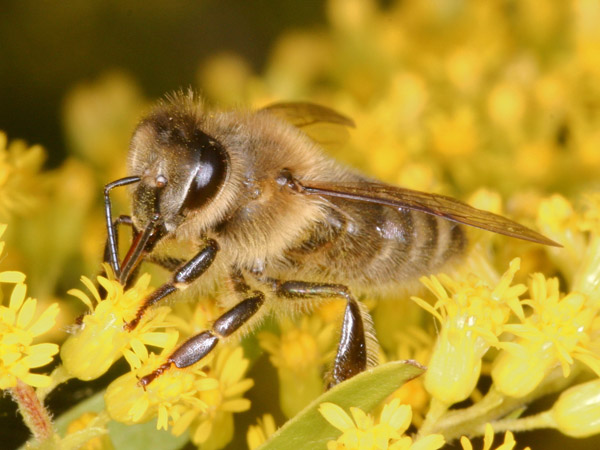 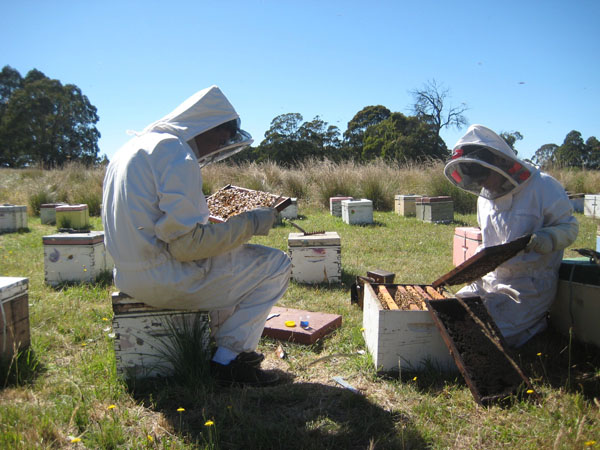 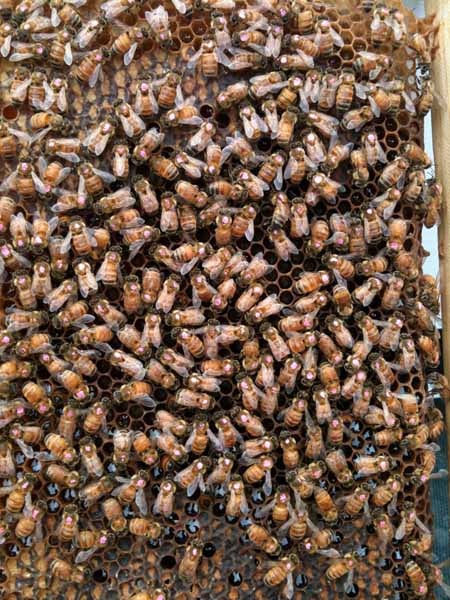 The aim of this project was to understand the process of colony failure by determining how bees respond as individuals, groups and colonies to population stresses.  By studying the intertwined individual, caste-level and population-level responses of bees to stressors we aimed to  understand the process by which honey bee colonies fail and collapse in order to know the best ways to intervene to rescue struggling colonies.

In response to many stresses (especially diseases and pesticides) young bees respond by starting to forage at a younger age than normal.  We created experimental colonies to induce precocious foraging in bees and used radio tag tracking to examine the consequences of precocious foraging for their performance.

We found that precocious foragers completed far fewer foraging trips in their life, and had a higher risk of death in their first flights. Consequently, in a chronically stressed colony of bees as the foraging force became younger it also became less effective and efficient, which compounded the stress on the colony and accelerated population decline.

Based on these new data we constructed a mathematical model of hive demography to explore how this individual reaction of bees to stress might impact colony performance. In the model, when forager death rates were chronically elevated an increasingly younger forager force caused a positive feedback that dramatically accelerated terminal population decline in the colony. This resulted in a breakdown in division of labor and loss of the adult population, leaving only brood, food and few adults in the hive. Model colonies displayed features that have been reported as colony collapse disorder.

This study explains the social processes that colony population collapse.  We explored possible strategies to prevent colony failure. Pheromonal treatment did change bee behaviour and neurochemistry, but it was not especially successful at prolonging colony life.  Pheromonal treatment stopped the precocious foraging effect, but it also reduced the size of the forager force adding a nutritional stress to the colony.  Progressive supplemental feeding proved to be the best way to prolong the life of a failing colony.

This research has now attracted significant funding from the United States Department of Agriculture to allow it to continue.  We are studying the long-term impacts of pesticides on bee colony growth and development to test key predictions of our model.  We are developing new sensors to provide early warning of hives at risk.