Warning: Creating default object from empty value in /home/customer/www/hermonslade.org.au/public_html/wp-content/themes/salient/nectar/redux-framework/ReduxCore/inc/class.redux_filesystem.php on line 29
 The dark side of light: species and community level impact of artifical night lighting - The Hermon Slade Foundation

The dark side of light: species and community level impact of artifical night lighting

A project undertaken at the School of BioSciences, The University of Melbourne, and supervised by Dr Therésa Jones and Dr Mark Green

The global increase in the intensity of artificial light at night (LAN) is regarded as one of the most pervasive and under-appreciated forms of environmental pollution. Current LAN levels in urban environments have been linked to changes in behaviour, reductions in individual fitness, declines in species abundance and dramatic shifts in ecosystem composition. A potential explanation for these biological disruptions is that LAN lowers circulating levels of the hormone melatonin; a key regulator of day-night rhythm and a possible anti-oxidant. Melatonin is a highly conserved protein identified in all major taxonomic groups. However, most studies exploring links between LAN, melatonin levels and changes in biological process are correlational. We used species- and community-level assessments of invertebrates to assess the physiological and behavioural impact of variation in both the intensity and spectra of LAN. Invertebrates are an ideal taxon since they comprise over 75% of all animals; are the most taxonomically diverse and are particularly susceptible to changes in nocturnal illumination. 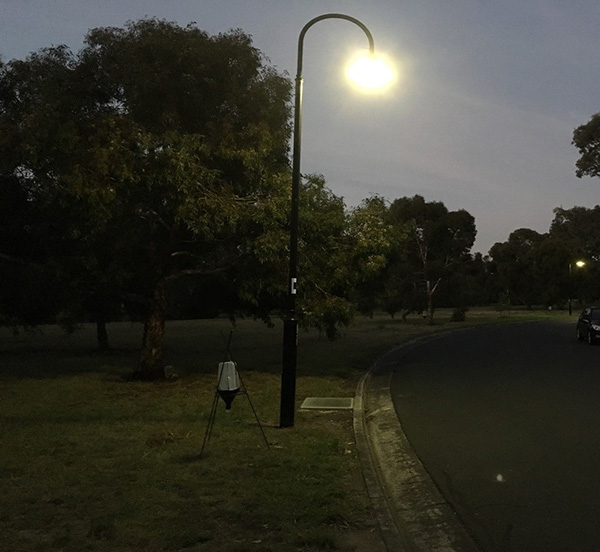 Figure 1. An example of an aerial and pitfall invertebrate trap placed beneath a bright mercury vapour lamp in Brunswick, Victoria. 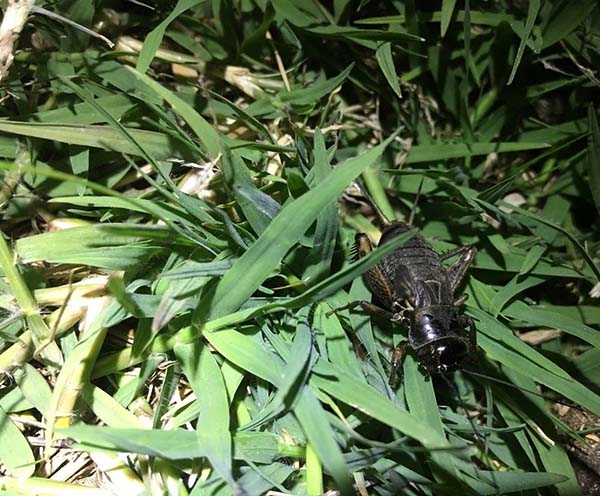 Figure 2. A male black field cricket in an urban park in Victoria

Landscape level assessment of the impact of light at night
Community wide invertebrate assessment
In a two-year experiment, we assessed variation in aerial and ground dwelling invertebrate communities located in areas with different lighting technologies found in urban streets in Melbourne. We observed substantial shifts in the invertebrate community structure under the different lighting technologies both in terms of numbers and biodiversity. (Full results to follow).

Landscape level assessment of cricket acoustics
We recorded the songs of up to 10 individual males in each of 14 paired (light and dark) sites throughout Victoria to assess whether songs varied with light environments. In addition, at each site we also placed an automated bioacoustic recording unit which recorded continuously for a 24-48 hour period thus permitting us to assess whether the timing of cricket calling (mole and field crickets) varied with the presence or absence of light at night. These units detect and record the entire soundscape (from bats to traffic noise) and thus permitted us to assess across a range of species. At the community level, this study revealed differences in the duration of calling periods and species specific differences in response. Variation in call structure is yet to be analysed.

Presentations of research – The research generated by this project has been presented at numerous conferences nationally and internationally by the supervisors and their students. It has resulted in several invitations for Jones to speak at conferences (2015 Australian Entomological Society, see Tierney et al 2017), industry or government workshops (2017 City of Melbourne Biodiversity forum; 2017 Phillip Island Research Day; 2017 Manningham City Council public presentation) as well as public events such as the 2016 Astrolight Festival (Scienceworks), 2016 3Cr Interview for International Womens day and the 2015 Fireside chat at Federation Square (part of the year of light festival).