A project undertaken at the Research Institute of Environment and Livelihoods, Charles Darwin University and supervised by Christine Schlesinger

Introduced pastoral grasses have become major global drivers of ecosystem change, and transformers of native plant assemblages. One such species, Cenchrus ciliaris (buffel grass), is becoming ubiquitous in extensive areas of semi-arid Australia, North and South America. Buffel grass invasion is associated with declines in the diversity of the ground-layer flora but the effects of invasion on the structurally important and more persistent components of the plant community – trees and shrubs – and on fauna are less well understood. In central Australia buffel grass is most prevalent on alluvial plains associated with inland watercourses. The native woodlands and shrublands of these floodplains provide rich resources compared to the surrounding landscape and shifts in their structure and function are likely to have serious adverse consequences for numerous fauna. Although it is recognised that interactions between invasive grasses and fire are likely to result in long term changes to entire plant communities, the indirect mechanisms by which invasive species may be impacting native tree and shrub populations are not well understood. 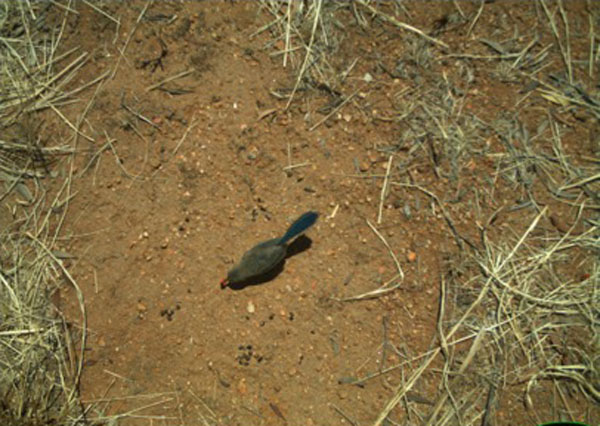 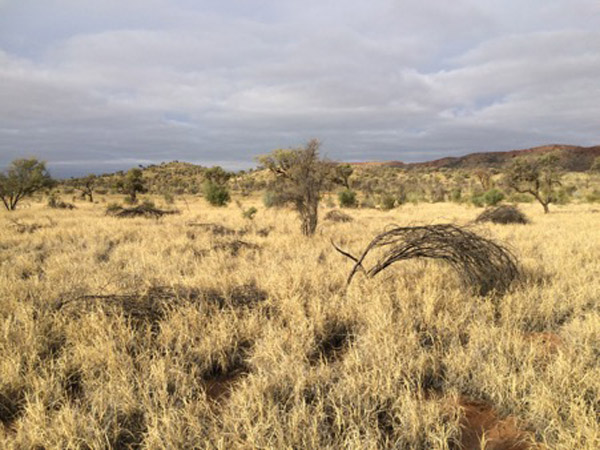 Figure 2. An invaded site at one of the study locations, Simpsons Gap in the Tjoritja MacDonnell Range National park. The density of shrub species tended to increase at sites where buffel grass was removed between 2007 and 2015 but decrease at invaded sites, especially where sites were exposed to fire. 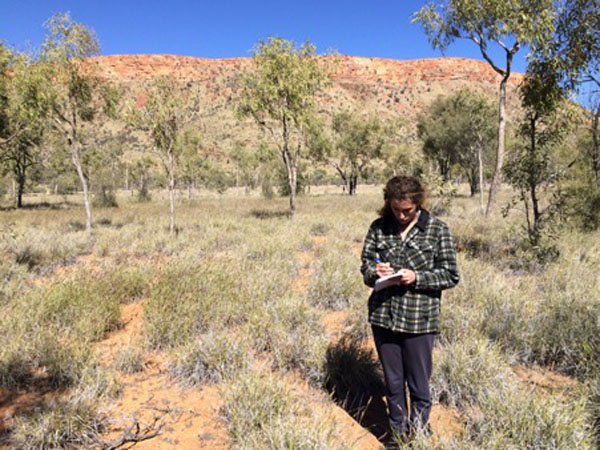 Figure 3. Honours student Kaisha Edwards, who worked on the seed viability trials, at one of the invaded sites near the Alice Springs Desert Park. Kaisha was awarded a first class Honours for her project at Wollongong University. 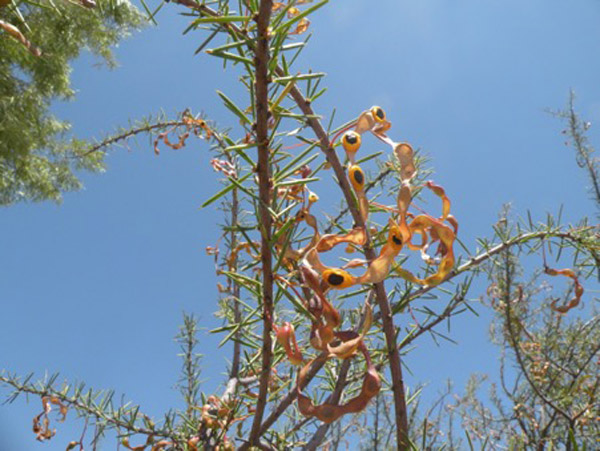 Figure 4. Dead Finish (Acacia tetragonophylla) is one of the seed species that was removed by splendid fairy wrens.

Figure 5. Acacia victoriae is a shrub species that tends to persist at invaded sites – it is a prolific seeder and also resprouts post-fire, but laboratory-based germination assays showed that there was a two-fold decrease in seed viability for this species in invaded areas compared to in areas where buffel grass had been removed.

This collaborative project between Charles Darwin University and University of Wollongong aimed to investigate how buffel grass affects population and recruitment dynamics of keystone woody perennial plants that are characteristic of riparian woodlands in central Australia, and to identify whether invasion-induced shifts in plant-animal interactions could have additional impacts on recruitment potential.

The project has progressed very well. We have been able to test the impacts of buffel grass on tree and shrub communities by mapping shrub and trees in invaded areas and areas with buffel grass removed, and comparing to baseline data collected eight years previously. Analyses to date suggest that buffel grass has significant influence on how the standing vegetation changes through time, limiting recruitment of some species and affecting mortality and growth – especially but not only when fire is present. Furthermore, through laboratory based germination assays, we have determined that the viability or germination rates of seeds of the two common shrubs that were tested are reduced in the presence of buffel grass.  This is a novel finding that suggests that, in addition to well recognised impacts of invasive species on mature plant communities or post-settlement recruitment, invasion may limit native plant recruitment by reducing the viability and germination rate of native seeds prior to dispersal from parent plants.

Interesting patterns are also emerging from a series of seed removal trials, undertaken in native plant and invaded areas, and in invaded areas where grass has been mown thereby changing the structure to more closely resemble that of native areas. To date the analyses suggests that seed removal rates by both invertebrate (ant) and vertebrate (avian) predators can be reduced in invaded areas and that understorey structure (rather than composition) is the most important factor in determining removal rates. An exciting and novel finding from this final part of the project is that that the splendid fairy wren (Malurus splendens), a predominantly insectivorous species, is a regular consumer of acacia seeds (especially Acacia tetragonophylla) and the main vertebrate seed remover in our study area. These findings suggest that splendid wrens could play an important and previously unknown role in seed dispersal of some species of desert acacias.