A project undertaken at the School of Biological Sciences, Monash University, and supervised by Damian Dowling

Understanding how the energy producing (mitochondrial) genes of eukaryotes evolve is important because the mitochondria, and their diminutive genome, represent centrepieces of eukaryotic life. They provide eukaryotes with a highly efficient means of energy conversion, through oxidative phosphorylation (OXPHOS), and they are mediators of some of life’s most vital biological processes. 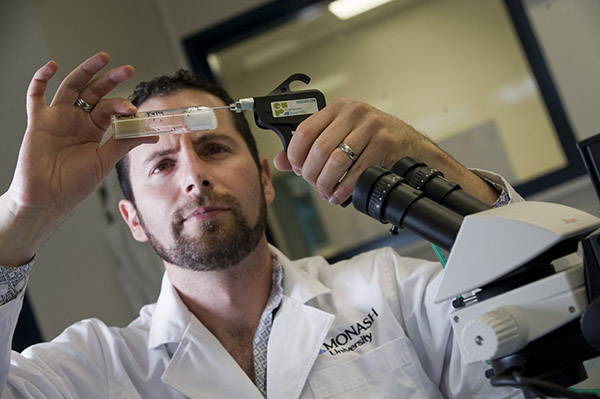 Figure 1. Fruit fly populations are brought from the wild to the laboratory. Here, a group of flies are being anaesthetised, prior to being examined under a stereo microscope. 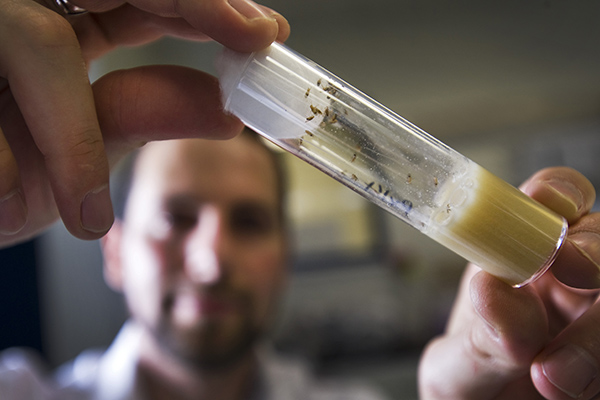 Figure 2. Once in the laboratory, fruit flies are kept in these plastic vials, with access to a potato- and yeast-based food substrate. The flies go through their entire life cycle in these vials.

Recent studies of human mtDNA sequences suggested that certain nucleotides within the mitochondrial genome enabled our ancestors to adapt to extreme temperatures, and were therefore fixed under natural selection. These conclusions were, however, controversial because they were based on correlations only.

In this Hermon Slade Foundation project, we set out to conduct some of the first robust experiments of the hypothesis that the mitochondrial genome is entwined in the dynamics of thermal adaptation, and thus the fate of our iconic species under climate change. We call this hypothesis the “mitochondrial climatic adaptation” hypothesis; and we tested it using natural populations of the fruit fly Drosophila melanogaster.

We firstly characterised levels of mitochondrial genetic variation across fly populations spanning the east coast distribution of the species, and found that population frequencies of the major mitochondrial haplotypes exhibited latitudinal clines – one was more common in the northern sub-tropics; others in the temperate south. We then designed experiments, in which we created genetic strains, placing each haplotype alongside a standardized nuclear genetic background, and then measuring the capacity of each strain to cope with extreme thermal challenges. We found that flies harbouring the haplotype that predominates in the subtropical north of Australia exhibit superior tolerance to heat stress, but inferior tolerance to cold stress, than flies with other haplotypes. Thus, the results of our experiments in the laboratory matched the spatial distributions of haplotypes in the wild – providing strong support that the latitudinal cline in population frequencies of mtDNA haplotypes was shaped under climatic selection.

We have provided further support for this conclusion through laboratory-based experiments that utilise an approach known as “experimental evolution”, in which replicated populations of flies are placed under divergent regimes of thermal selection, and changes in population frequencies of mtDNA haplotypes then tracked across multiple generations.