How will savanna tree populations respond to fire management?

A project undertaken at the Research Institute for the Environment and Livelihoods, Charles Darwin University and supervised by Brett Murphy

Fire is a critical key management issue in northern Australia’s fire-prone savanna landscapes, where fire regimes are widely understood to be negatively impacting biodiversity. Prescribed burning in the early dry season (when fires are typically of lower intensity, smaller, and more patchy) is the primary tool used by conservation managers to reduce the extent of late dry season wildfires. In recent years, a number of fire management projects have been developed that seek to generate carbon credits by reducing the emissions of potent greenhouse gases methane and nitrous oxide from late dry season wildfires. The ground-breaking West Arnhem Land Fire Abatement (WALFA) project currently generates an abatement equivalent to 140,000 t of CO2 per annum (from the 28,000 km2 project area). Income generated from carbon credits has provided critically needed resources for Indigenous Traditional Owners to re-establish environmentally and culturally appropriate management of fire on the Arnhem Plateau, a region of high conservation significance. Success of WALFA has driven proliferation of this funding model across the north. This project examines how extensive early dry season prescribed burning is likely to affect the long-term stand structure and floristic composition of savanna trees. 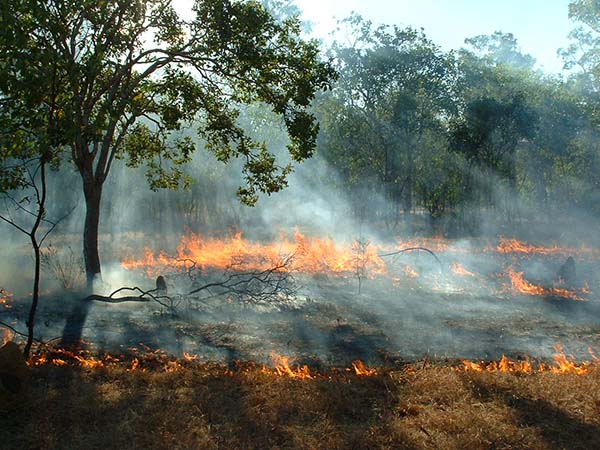 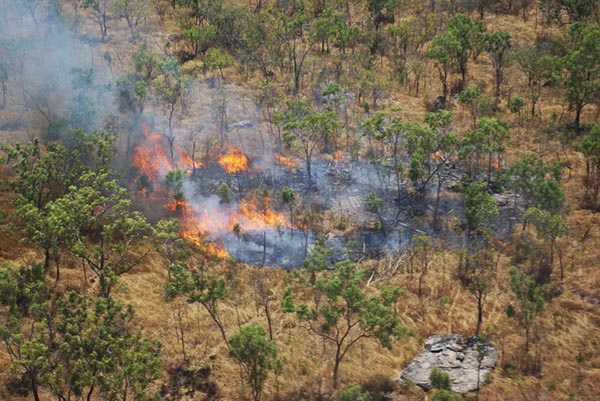 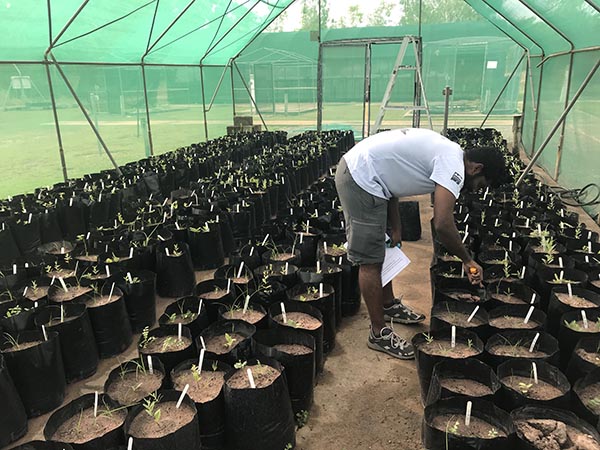 It has been suggested that by minimising the occurrence of high-intensity late dry season wildfires – which reduce the survival and growth of savanna trees – significant long-term increases in tree biomass may occur. If fire management increases tree biomass in the long-term, it may be possible to develop carbon accounting methodologies that allow the carbon captured and stored to be ‘traded’, generating further income to fund fire and biodiversity management across northern Australia’s large, though severely under-resourced, conservation estate. However, other researchers have cautioned against the use of extensive early dry season prescribed burning, arguing that it severely negatively impacts the growth of the dominant eucalypts during their critical juveniles stages, potentially leading to a long-term decline in tree cover.

Though short-term changes in tree abundance in response to fire are relatively well-established, we have a very limited capacity to predict the levels at which the abundance of particular groups of trees (e.g. overstorey eucalypts, fire-sensitive midstorey non-eucalypts) will equilibrate under long-term fire management. This poses a major obstacle to the ecologically sustainable development of projects that use fire management to generate carbon credits (through either greenhouse gas abatement or sequestration of carbon by woody biomass). A recent review led by CI Murphy suggested that biomass of the eucalypt overstorey is typically close to carrying capacity, determined primarily by soil water availability, however the non-eucalypt midstorey tends to be more sensitive to fire and is typically well below carrying capacity. The proposed research explores this hypothesis.

The proposed research will utilise a broad range of field studies to explore the effects of fire management on eucalypt and non-eucalypt tree populations in savannas, and the competitive interactions between these groups. We will collect field data to fill gaps in several existing long-term demographic datasets, to critically evaluate assumptions of existing process-based models of savanna tree populations. We will modify existing models to more realistically incorporate dynamics of the non-eucalypt tree component, which is likely to be strongly affected by changes in fire regimes due to fire management, and is responsible for much of the tree diversity in the savannas.

Addressing these hypotheses will allow us to better incorporate non-eucalypts into both:

(i) conceptual models, and

Improving these models will enable us to more confidently predict the long-term consequences of savanna fire management on the stand structure, floristic composition and carbon sequestration potential of savanna trees.

During the project, we have:

Our research findings indicate that tree densities, and tree species composition are relatively insensitive to fire regimes. However, stand structures tend to be much more responsive to fire – with reductions in fire frequency driving increases in the abundance of mid-sized trees – especially the non-eucalypt component.

Eucalypts, which dominate northern Australia’s savannas, actually appear to benefit from low-intensity fires (which do not scorch the canopy). We found that unburnt trees within burnt areas were much more likely to grow rapidly than unburnt trees in unburnt areas. The cause of this effect remains unclear, but we hypothesise that it is due to the increased availability of soil nutrients after a fire (released by the burnt biomass). Our analysis of data from an earlier shadehouse study found that eucalypt seedlings grow very rapidly with the addition of nutrients to the soil – in marked contrast to a dominant non-eucalypt, which weas relatively unresponsive.

Predicting the response of savanna tree populations to fire management is challenging. Our field results will be used to further develop a process-based model of savanna tree populations, which can be used to explore fire management strategies that can maximise carbon sequestration. However, our results clearly suggest that a regime of frequent, low-intensity fires is likely to promote the development of a diverse, high biomass tree layer in savannas.