As traditional finfish stocks have declined, global fisheries for cephalopods (squid, octopus and cuttlefish) have expanded rapidly, with landings exceeding 4 million tonnes in 2012. Taxonomic research has not kept pace and about a quarter of the world’s squid catches remain unidentified. Large volumes of coastal loliginid squids are caught in tropical and subtropical areas, such as the Indo-West Pacific region, where species diversity is high and taxonomy poorly defined. In the region, squid of the Uroteuthis genus support valuable fisheries and are sought after by fishers for their tender flesh and high market prices; however, these species have proved particularly problematic for taxonomists due to their plastic morphology and high incidence of cryptic species among formerly widespread species complexes. This collaboration between the NSW Department of Primary Industries, Queensland Department of Agriculture and Fisheries and Queensland Museum combined fisheries and taxonomic expertise with modern molecular methods to resolve the taxonomy and population structures of Uroteuthis squid species taken by fisheries in northeastern Australian waters. 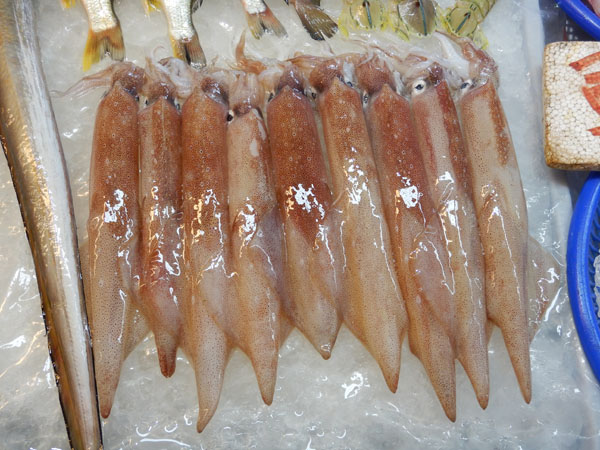 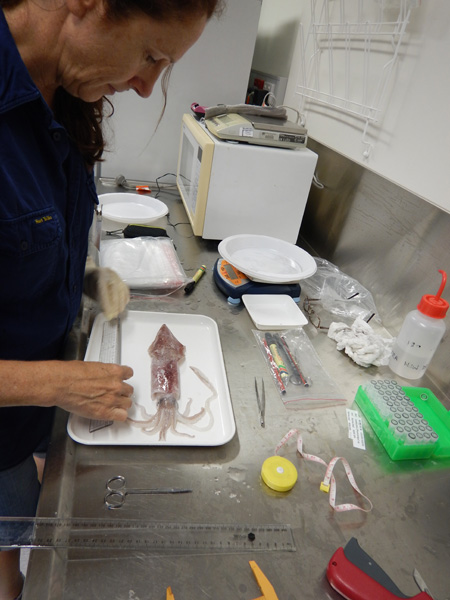 Using a combination of mitochondrial DNA and SNP genotyping and quantitative morphometrics, this study determined that northeastern Australian fisheries are targeting four undescribed Uroteuthis squid species: a small tropical offshore species, U. sp 2; a widely distributed inshore ‘broad squid’, U. sp 3; and two geographically restricted offshore ‘slender squids’, U. sp 4 from Townsville north and U. sp 5 from Townsville south. A further two undescribed Uroteuthis species were also identified from northern Australian and Indonesian waters (U. sp 1 and U. sp 6) using mitochondrial DNA. Four of the undescribed species match those identified from earlier allozyme data (Yeatman and Benzie 1993; Yeatman and Benzie 1994) and two species are new to this study (U. sp 5 and U. sp 6)

A consistent signal of genetic stock structuring and morphological variation was detected within the inshore species, U. sp 3, with a distinct northern and southern clade divided somewhere between northern NSW and southern Queensland. Specimens from different estuaries also showed finer-scale polymorphism in the southern clade. In contrast, genetic stock structuring was not evident in either of the two offshore species, U. sp 4 and U. sp 5, which were morphologically indistinguishable and likely to be genuine cryptic species. Future work will designate a type series, and name and describe each of the new species, and reinstate U. etheridgei for U. sp 3. The outcomes of this study will help improve squid species identification for more accurate stock and risk assessments and guide spatial management of these valuable fisheries resources.