Investigation and mitigation of reduced fecundity due to infectious disease in the endangered Australian sea lion, N. cinerea

A project undertaken at the Faculty of Veterinary Science, University of Sydney, and supervised by Rachael Gray

At last census the Australian sea lion population was estimated at less than 15,000 individuals, making Australia’s only endemic otariid species (eared seals) one of the rarest in the world and justifying its endangered classification (IUCN Red List 2008). Population decline is continuing at several key Australian sea lion colonies, including Seal Bay on Kangaroo Island, South Australia. Unlike the Australian and long-nosed fur seal that share similar waters along Australia’s southern coastline, the Australian sea lion has not recovered from unrestricted commercial harvesting in the 18th and early 19th centuries. The reasons for this could be related to particular species characteristics, such as the extended 18-month breeding cycle and strong natal breeding site preferences (limiting survival of small colonies and restricting population expansion). More generally, it could be a consequence of increasing levels of human interaction, either directly via interactions with commercial fisheries or indirectly from increasing human habitation and anthropogenic impacts. Thirdly, and of potentially greatest impact, is the role of infectious disease in decreasing the number of pups born each season and lowering individual pup survival. In 2013 the Australian Department of Sustainability listed the study of disease as a priority in the National Recovery Plan for this species, highlighting its importance. 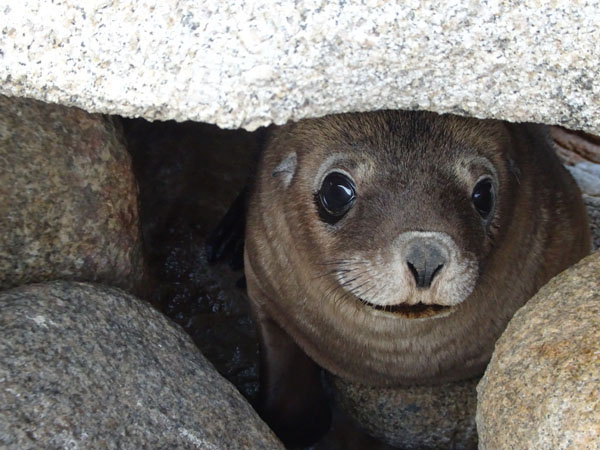 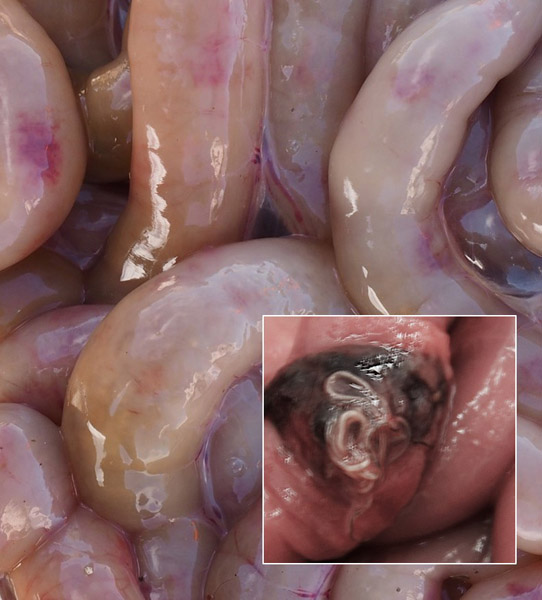 Figure 2. Multiple sites of bleeding in the small intestine of an Australian sea lion pup due to hookworm infection. Image: S. Lindsay

This projects aims to directly investigate the impact of a disease in limiting the survival of Australian sea lion pups, and looks at the effectiveness of treatment in reducing disease burden. Firstly, it will document the cause of pup mortality and identify risk factors contributing to mortality, including parasitic infection and intoxication with heavy metals or persistent organic pollutants. Two parasites of particular interest are the intestinal hookworm Uncinaria sanguinis and the tissue cyst-forming protozoa, Toxoplasma gondii. Recent research identified hookworm infection as a significant disease of the Australian sea lion, occurring in 100% of pups with up to 40% of pup mortality due to hookworm-associated haemorrhagic enteritis. Toxoplasmosis is an important emerging disease in marine mammals, causing reproductive failure (abortion, still birth) and mortality of newborn pups. Varying levels of infection have been identified in other otariid species, however, antibodies to T. gondii were not detected in Australian sea lion pups. Our study did detect a 26% prevalence of T. gondii in a small sample of adult female Australian sea lions, indicating that we cannot yet eliminate T. gondii as a cause of reproductive failure in this species. Further serological investigation of juvenile and adult animals is paramount.

Secondly, this study aims to determine if treatment and prevention for infective diseases are effective and feasible. In 2017, we undertook a treatment trial to investigate the effectiveness of treating pups for hookworm infection. We determined significant improvements in outcomes in treated pups, including improved growth rates (weight and length) and improved health parameters. Importantly, our small pilot study determined that a topical ‘spot on’ administration method was safe and 100% effective in eliminating hookworm infection. This successful pilot study has established the basis for a large-scale treatment intervention using the minimally-invasive topical administration method.
Ultimately, an improved understanding of the role of infectious disease in the lack of population recovery of N. cinerea will contribute to the long-term survival of the species.