Plant biodiversity and adaptation in a changing world: the effects of animal pollinators

A project undertaken at the School of Biosciences, University of Melbourne, and supervised by Dr Michael Whitehead

Approximately 90% of flowering plants rely on animal pollination in order to set seed. A diverse range of animals engage in pollination, including birds, bats, non-flying mammals, and insects; from the smallest flies, to the largest moths. 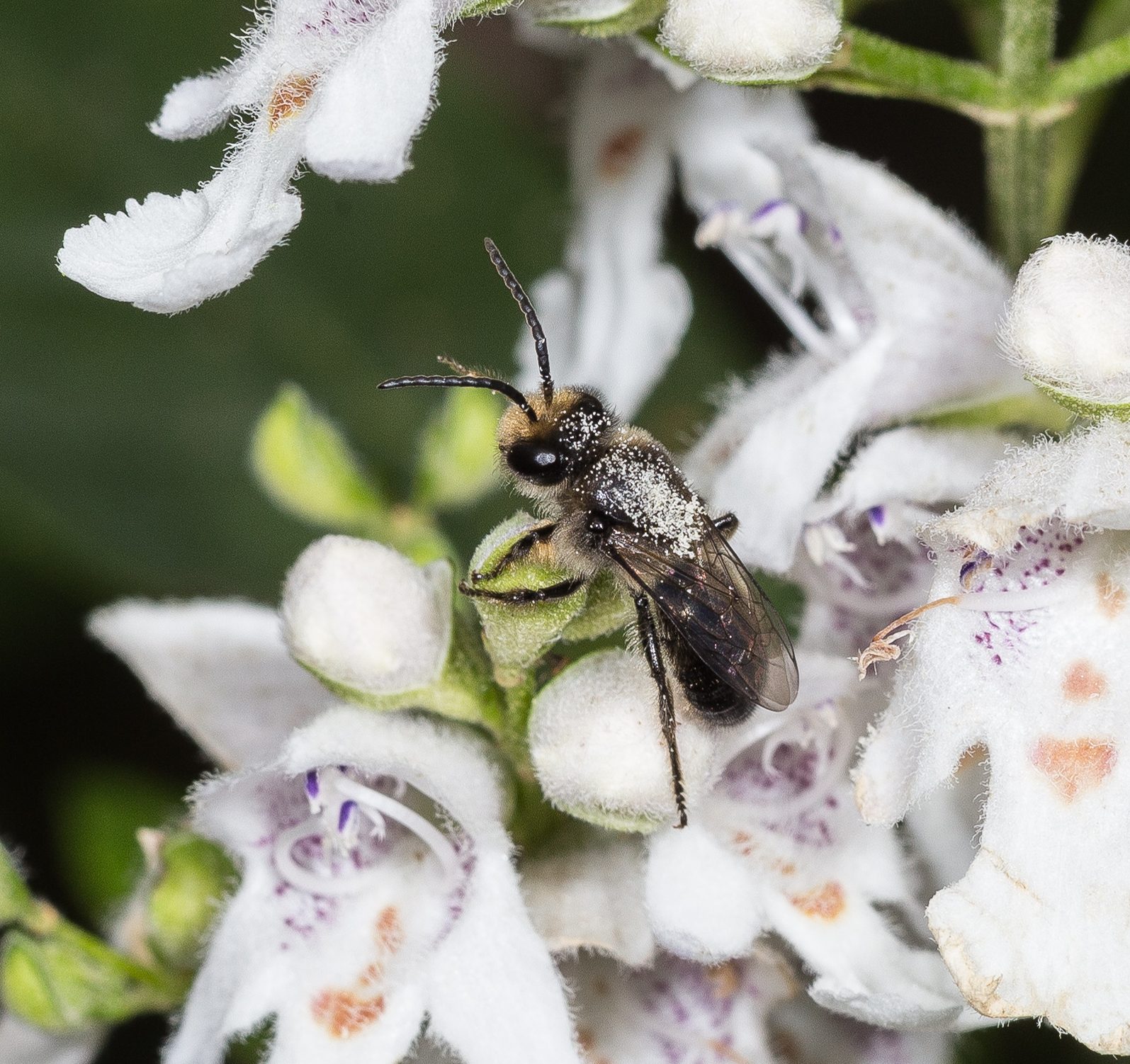 Given the radical variation in size, morphology and behaviour among these pollinator groups, it is quite likely that different pollinators transfer pollen in different ways. Small pollinators that fly short distances and forage intensively on the flowers of an individual plant might be likely to cause more self-pollination and bring pollen from few plants. Conversely, large pollinators that move further between foraging bouts and spend less time at individual plants will extend the scale of pollen movement, promoting mating between distant plants. 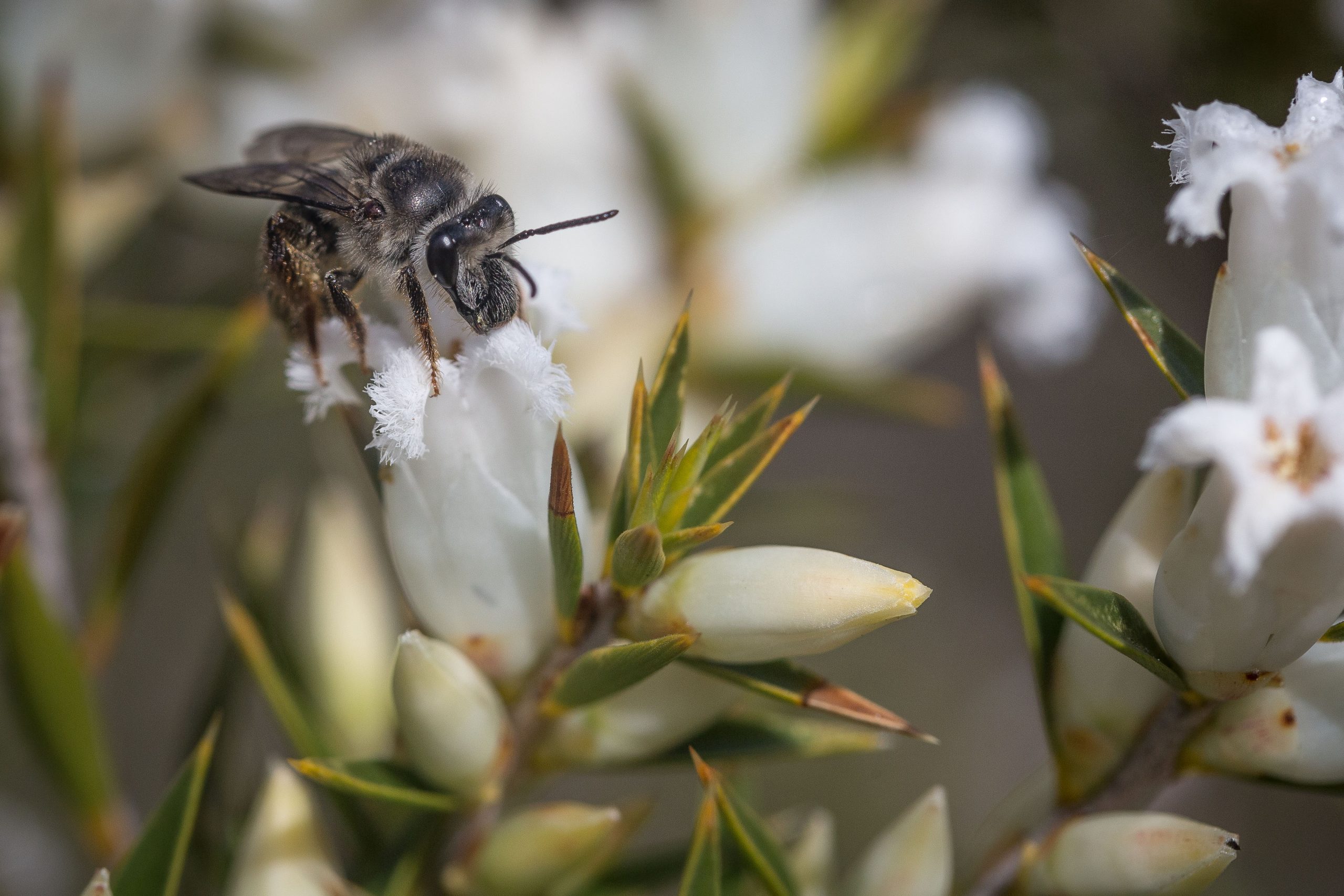 By determining the way plants mate, pollinator behaviour can strongly influence the genetic patterns in plant populations. Over evolutionary timescales, sustained differences in patterns of pollen movement should produce profound differences in the evolution and adaptation of plant lineages. Despite this, we have a surprisingly poor understanding of how particular types of pollinator move pollen, and of the resulting influence on plant population genetics.

This study asked whether birds and insects move pollen differently. 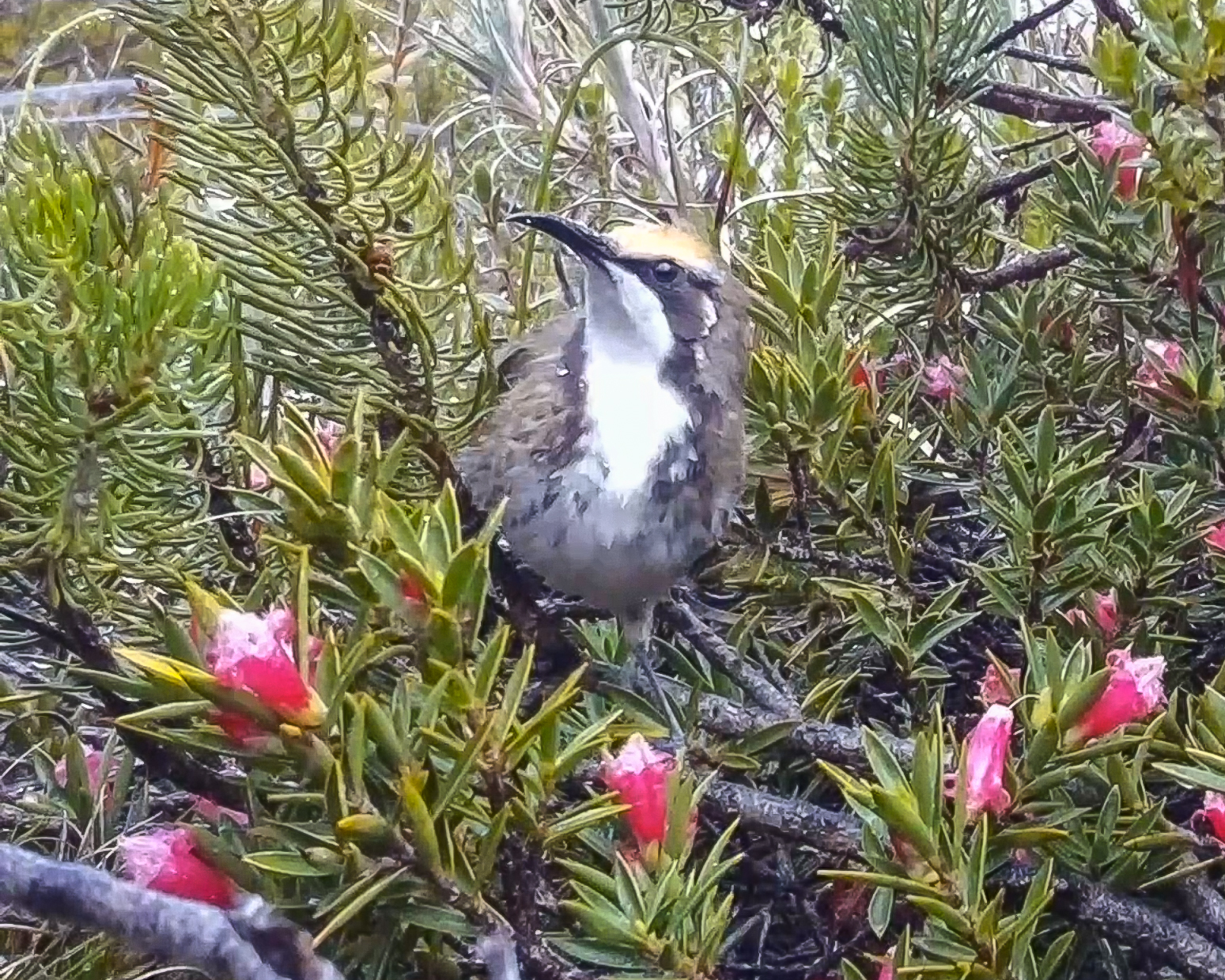 At sites where both of these plants grow alongside one another, we sampled the genetic diversity of both species at a scale of metres. We then examined the correlation of relatedness among individuals, with the physical distance they were separated by. Contrasting the patterns in bird and bee-pollinated plants gives us insight into whether birds were mixing up the gene pools more than bees. This was the prediction we made, expecting that birds more frequently fly further, and move pollen further than bees. Our results confirmed this prediction. The bee-pollinated S. xerophylla showed strong signals of restricted pollen flow relative to the bird-pollinated S. stomarrhena.

In order to understand if this is a general pattern, we also identified and studied two more pollination contrasts. In the Great Western Woodlands of Western Australia, we demonstrated that the slender fuchsia (Eremophila decipiens) was visited by seven different honeyeater species. It’s relative, the silver emu-bush (Eremophila scoparia), was visited by native bees. Then in the forests of East Gippsland, the monkey mint-bush (Prostanthera walteri) is pollinated by birds, while it grows beside the Victorian Christmas bush (Prostanthera lasianthos) pollinated by beetles, flies, and bees. In each of these bird-insect pollination contrasts we failed to find the same pattern as observed in the heaths north of Perth. Instead, both the insect and bird-pollinated plants had very similar patterns of genetic structure.

This study demonstrates that the movement of pollen cannot be easily generalised by the animal it is moved by. Contrary to the predictions from the scientific literature, we found several cases where genetic evidence told us insects and birds were moving pollen in very similar ways.

An unresolved question in floral evolution is why insect-pollinated flowers sometimes evolve into bird-pollinated flowers. These results contribute to answering that question, by claiming there might be no inherent advantage to bird pollination over insect pollination. When a plant species adapts to bird pollination, perhaps it is not due to any general way pollen moves while on a bird, it could instead be due to competition among plants for pollinator-attention.

Further work in exploring the finer aspects of plant mating, such as diversity of pollen loads, are the next steps in more fully understanding the evolutionary transitions between insect and bird pollination.