The genetic and structural diversity of spider-silk

A project undertaken at the School of Biological, Earth and Environmental Sciences, University of New South Wales, and supervised by Dr Aditya Rawal

Our project aimed to uncover how genetic expression variability induces variation in dragline silk mechanical properties.
To realize this aim we step-wise addressed the following objectives: 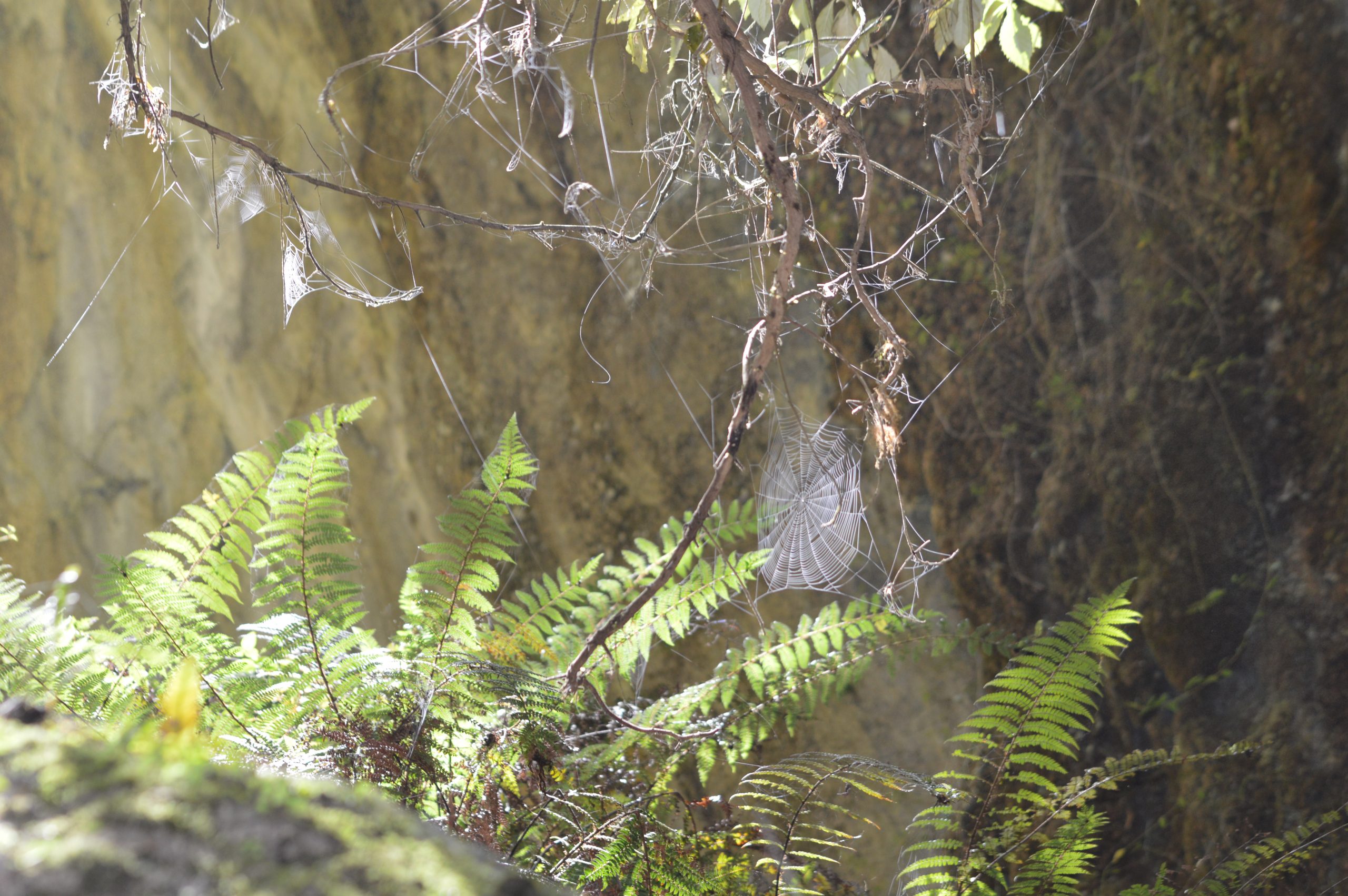 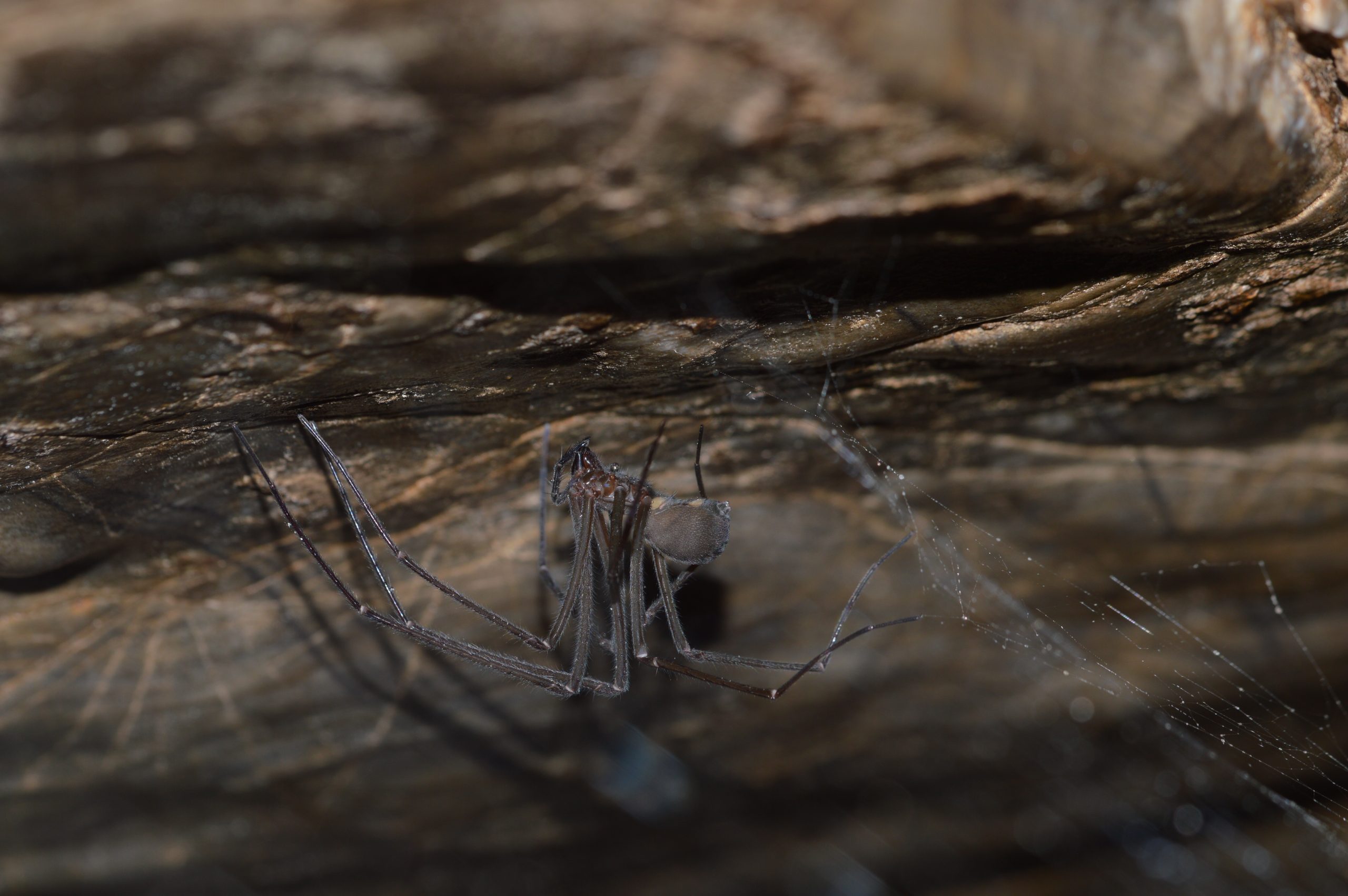 To identify the genes present in the silk glands of different spiders and their expression patterns we initially performed three kinds of comparative silk gene/expression analyses: (1) two studies of between species comparisons, one on orb weaving spider species in Australia and one on wolf spider species in Uruguay, (2) within an individual species of the spider, Badumna longinqua, from Australia and Uruguay, and (3) within an Australian species (Argiope keyserlingi) from multiple locations over a latitudinal gradient.

For the orb weaving species, location and diet affected their silk genetic expression patterns differently. Across wolf spiders, there were differences in expression across species with only those that build webs expressing genes for major ampullate silk protein MaSp2. The silk gene expression of Badumna longinqua differed between the Australian and Uruguayan population. The gene expression pattern of the spider Argiope keyserlingi, nonetheless, was highly conserved across a range from Sydney to Brisbane.

To correlate the characteristics of the silk proteins, their secondary structures we performed High Performance Liquid Chromatography and mass spectrometry to ascertain amino acid compositions and sequences, and structural analyses using synchrotron-derived X-ray diffraction (SAXS/WAXS) and nuclear magnetic resonance spectroscopy, among other procedures. For this analyses we used the abovementioned Australian and Uruguayan spiders, and some additional spiders from Taiwan (i.e. other orb weaving spiders, a fishing spider and a huntsman spider), and the Tasmanian cave spider Hickmania troglodytes.

The broad consensus of the study was that silk genetic expressions are tightly correlated with the mechanical performance of spider silks as the amino acid sequences of the different proteins are integral for the silks to form the structures implicit in silk mechanics. We published a series of papers on each of the species, and a broader all-inclusive paper in preparation.

Our PhD student, Hamish Craig, performed a meta-analysis on the published information on spider major ampullate amino acid compositions and mechanical properties and the trends uncovered also suggested that the proteins expressed have profound impacts on silk mechanics.

In our studies on silk structures we used Dynamic Nuclear Polarization (DNP), which uncovered new structures and functional units in particular spider silks,

We have this taken these analyses further and collaborated with researchers from RIKEN and Keio University in Japan to perform a world-wide spider silk genome and structure-function property analysis across the entire phylogeny (over 1000 species were included). The intention is to create a world-wide accessible database for researchers to attain all of the genetic, proteomic, and property information on any of the 1000+ species included.

In addition to these outcomes, we initiated other research during the course of the HSF grant. These include: comparative research of the supercontraction property (the phenomena of shrinking and becoming rubbery in water) unique to spider silks, in collaboration with researchers at the Universidad Politécnica de Madrid in Spain, and we expanded our research repertoire to the much lesser known cribellate silks with researchers from RWTH Aachen University in Germany. The latter associates our project with a broad scale European Union research project called Biocombs4Nanofibres, which aims to develop synthetic biocombs for producing nano-adhesives for practical used.

Over the course of the grant our researchers presented at conferences in Australia (fibre/polymer conferences in Melbourne and Sydney, including the Australian Synchrotron Users meeting in 2018) and Italy (Silk Technology conference in Trento Italy), and visited laboratories in Taiwan, China, Germany, and Australia (Bio 21, University of Melbourne, Deakin University).

New collaborations opened up with biologists, engineers, and designers around the world, and the Spider Silk Research Lab was founded as a startup supplying spider silk for experimental research and design projects. It has also initiated a silk recombinant/wet spinning program that has recruited Science (BABS) and Engineering (Materials) students at UNSW.