A project undertaken at Western Sydney University, and supervised by Rachael Nolan

Over 7 million hectares were burnt by bushfires across eastern and south-eastern Australia during the unprecedented 2019/20 Black Summer fire season.  The fires affected large swathes of eucalypt forests and woodlands, which are typically highly resilient to fire. The majority of eucalypt species can resprout new leaves, even after high intensity fire, facilitating rapid post-fire recovery.

However, many of these forests were subject to the lowest rainfall and highest temperatures on record preceding the fires. Widespread reports of canopy death due to drought and heat-waves emerged prior to the fires. This raises important questions regarding the capacity of these usually resilient forests to recover from the combined impacts of fire, drought and heatwaves. 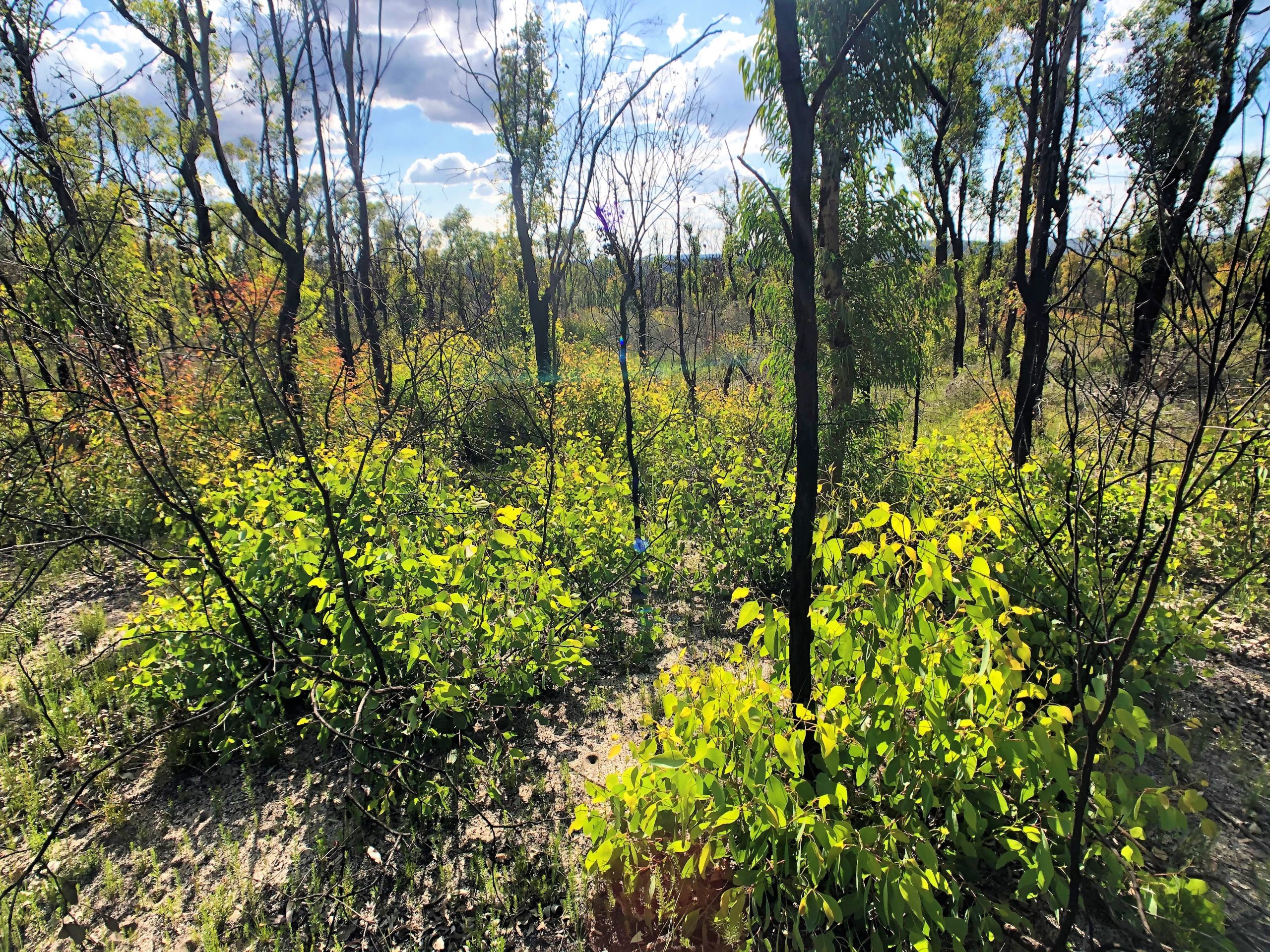 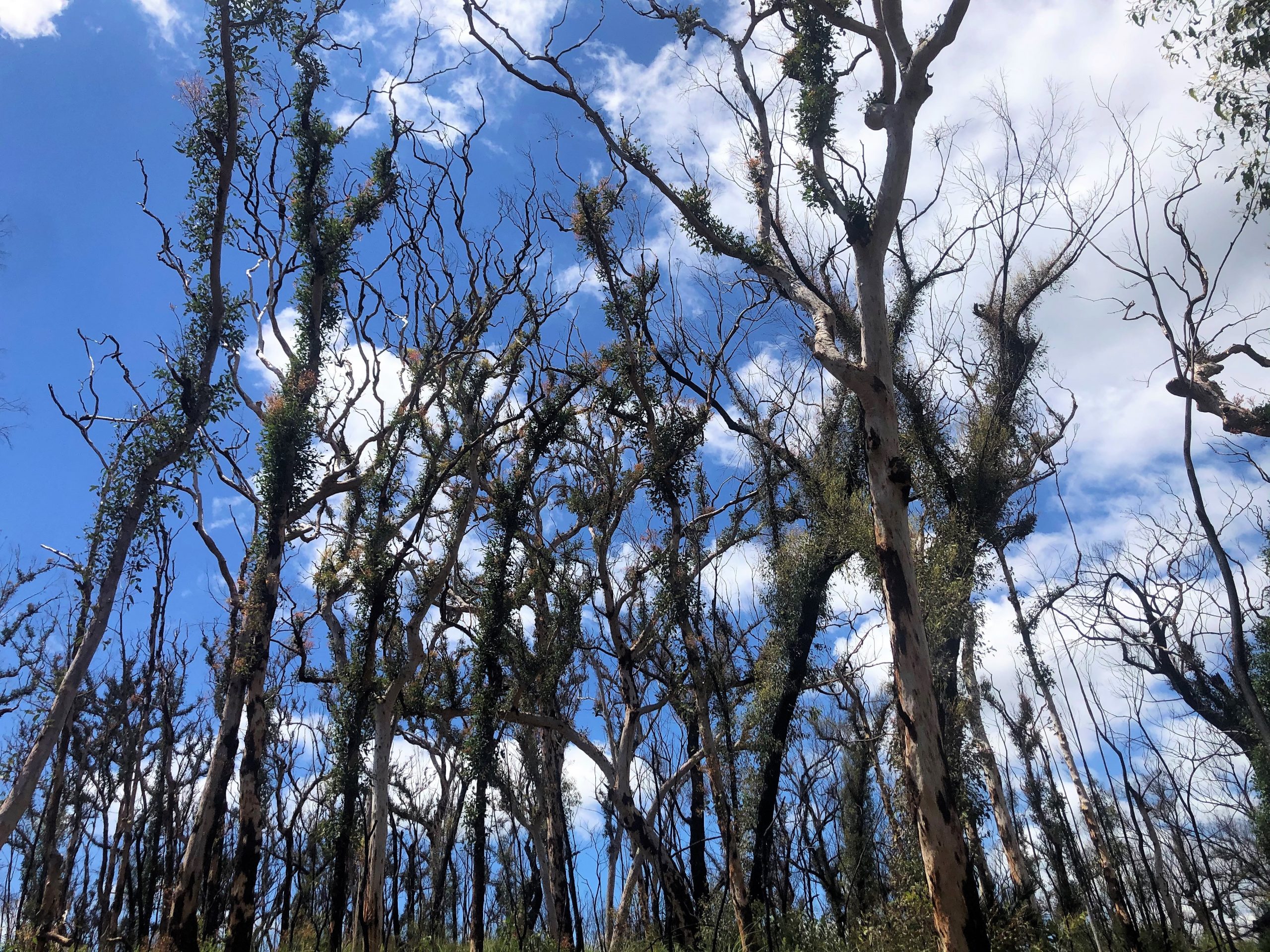 The project aims to address the following key questions:

1.  To what extent does severe drought limit the capacity of eucalypts to resprout following fire?
2.  Are there any differences in post-fire recovery among different species or vegetation communities?
3.  What are the consequences of post-fire tree mortality for above-ground carbon stocks?

The project will address these questions through the use of extensive field surveys, in combination with remotely sensed data.

These results will provide us with an enhanced understanding of the factors causing tree death following fire, which will in turn facilitate the development of tree mortality models. Such models are required to quantify the impacts of the Black Summer fires on forest health and carbon stocks, and to project forest dynamics into the future.